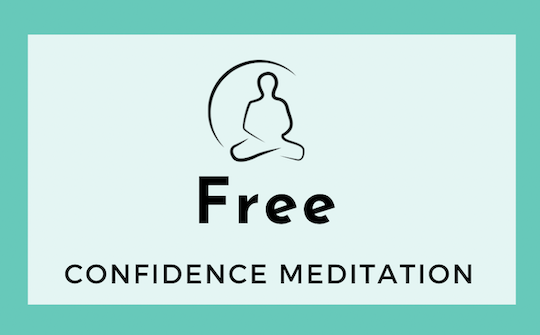 Our partner is often the most important person in the world to us. They’re who we confide in, go to for advice, and (in some cases) the individual who we begin to start planning a family with.

This intense closeness is wonderful. Unfortunately, it can also mean emotions are higher and more intense on the occasions when you clash or when relationship conflict arises.

The longer you’ve been with someone, the more frequent these fights tend to become. This often happens because people don’t learn how to deal with relationship conflict in a healthy way.

Eventually, couples who do nothing to fix the relationship conflict find themselves arguing more than agreeing. As Direct Line pointed out in a recent study, a staggering 7.6 million people in the UK admitted they only stayed together for the sake of the kids (source). A damning indictment of how the conflict in a relationship can get wildly out of hand.

Today, let’s run over five of the most effective ways for relationship conflict resolution. Employing these methods could make a huge difference in preserving a healthy relationship for a lifetime.

1. Talk about how you feel

Don’t be afraid to be as open as possible. Sometimes we shy away from exposing too many of our inner demons. This is a natural defense mechanism, and can actually be quite useful when it comes to most day-to-day interactions.

However, this approach should not be adopted when it comes to someone we’re deeply romantically invested in. Your partner needs to know how you’re feeling, or else there’s going to be a huge barrier in their understanding.

If they don’t know what’s troubling you, how are they going to begin resolving the conflict?

Along a similar theme, make sure you’re as direct about your issues as you can be. That doesn’t mean savagely tearing into your other half. Being blunt doesn’t necessarily mean mentioning every grizzly detail. For example, you don’t need to mention that a particular action has made you question the relationship altogether.

Just be clear about the problems you’re experiencing, preferably giving specific examples to make it easier for your partner to understand what you’re talking about when dealing with conflict resolution.

It’s important they comprehend exactly what you’re saying. While pulling your punches might seem like the kinder approach, it could lead to confusion and unresolved turmoil further down the line.

3. Take their point of view seriously

Humans are, by their very nature, self-centred. We’re taught from an early age that while it’s important to care for others, we should ultimately be looking out for ourselves. That, coupled with the inability to ever really know what someone else is thinking, is what makes adopting someone else’s point of view incredibly difficult.

The Harvard Business Review provides a guide on how to do this from a more clinical perspective – but the same principles apply to a romantic union.

The key here is putting yourself in the shoes of your partner, and working out how you would feel if you were being spoken to or treated in the same way. You might not be acting with any malice, but swapping roles could potentially highlight how something you’ve said or done might have accidentally upset them.

Not everything needs to turn into relationship conflict. While it’s impossible to sit here and measure what does or doesn’t warrant being brought up (after all, different people have different priorities), really think about what you’re arguing over.

For example, a dispute about what to watch on television probably isn’t that big a deal in the grand scheme of things. Whereas one person constantly ignoring the emotional needs of the other is slightly more of a pressing issue.

Resorting to personal attacks (on either your partner or the relationship as a whole) is a dangerous tactic to adopt. Psychology Today actually highlights this behaviour as one of the “Four Horsemen of the Apocalypse” in a relationship.

They advise avoiding using definitive terms like “always” and “never” when discussing your partner’s actions. They also suggest explaining why you’re unhappy about something without ever placing blame on your other half.

These relationship advice snippets are all focused on what you can do. But remember, your partner also needs to adopt a different approach to conflict. Talk them through your new approach, and even point them in the direction of this blog if you feel it helped.

If you would like to explore what the relationship and transformation programs look like you can book a free 30-minute consultation with Nicola Beer by clicking here or email me nb@nicolabeer.com